For the many types of travellers in the world, the wisest and perhaps the most discerning of them all are the ones who love waterfalls. It’s not an accident that the simple concept of a cascading water falling from a mile above can be one of the most captivating natural wonders that any traveller can behold. And though sometimes the quest to find the perfect waterfall for your next Instagram post can prove to be quite a challenge, the unparalleled feeling of the fresh falling mist slowly hitting your face is simply priceless. Ready your hiking boots, here are the top 5 waterfalls of the world. 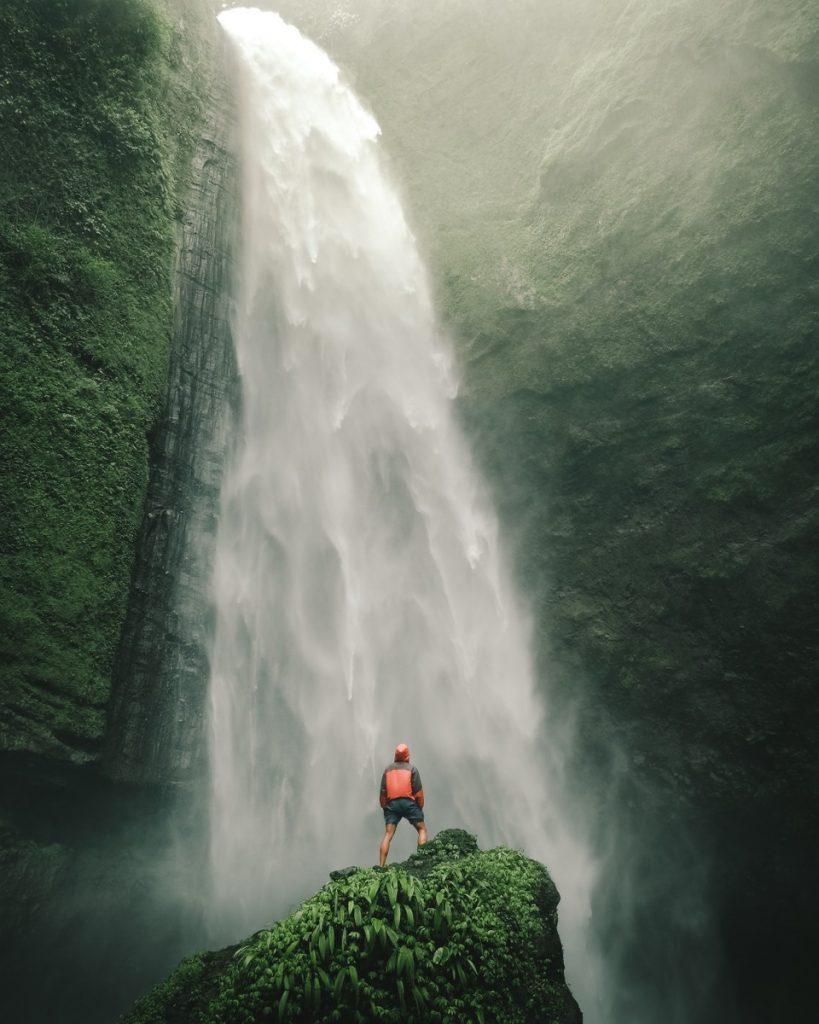 The hike going to the main waterfall will take you about 45 minutes to an hour depending on how fast (and strong) you are. Going back down takes a little longer due to the steepness of the hillside. It’s not a very difficult trail, but the path can be challenging to see sometimes, especially during the rainy season. Also, expect several stream crossings that required getting your feet wet.

As an added bonus, on your way to Kabut Pelangi, you’ll be treated to a smaller waterfall that’s as exotic as the main one. A small bamboo stairway leading to some boulders is your marker that you’re almost near the main waterfall. Although some prefer to wear sandals during the hike, this trek will be a lot more enjoyable if you can wear hiking shoes. In the end, the view will be worth the hassle. If you plan on taking lots of photographs, the best time to go would be either in the morning or late in the afternoon, or any overcast day. But even on a cloudy day, this is trip will still be travel-worthy! 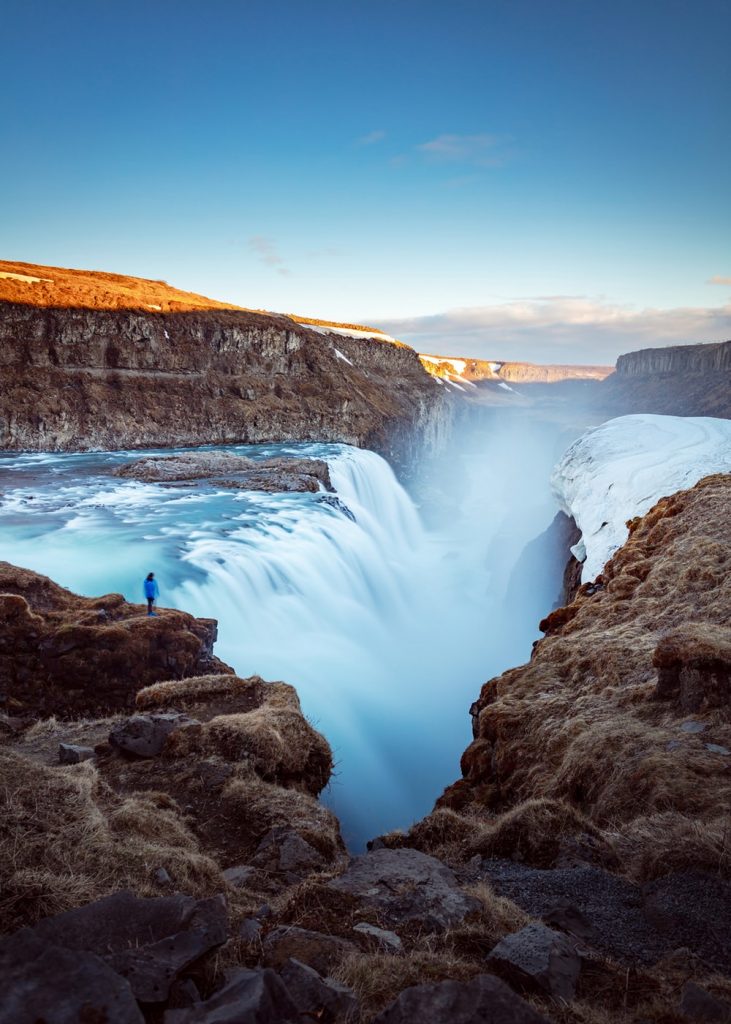 At the Olfusa River lies the mighty Gullfoss Falls – Iceland’s most iconic waterfall and a hallmark of the country’s natural, ice-toned beauty. Often viewed from above, Gullfoss Falls offers a dramatic sight, making it appear as though the cascading rushing simply vanishes into thin air. Though originally planned to be a source hydroelectric power, the water velocity is merely 104 ft/sec.

Visiting Niagra Falls is also paying a visit to two countries. This world famous waterfall straddles right at the border of the United States (via New York State) and Ontario, Canada. The falls are unbelievably high at 167 feet but is equally long, stretching across the horizon as far as your eyes can see. And while the Canadian side boasts a touristy town to spend the weekend, the American side offers mainly natural, scenic views. Definitely worth the visit.

Few travellers have experienced the natural beauty of California’s Yosemite Falls and not emerged in awe. Most visitors can’t help but appreciate the grace and the grandeur of this truly towering falls, rising high at a gasping 2,425 ft (740 m). Yosemite Falls is, simply put, massively beautiful. And though the hike to the upper falls may be challenging, it’s undoubtedly worth the trek. It’s also large enough to be enjoyed at a distance for those not strong enough to make the journey to the top. Spring is the best season to visit Yosemite Falls as the wildflowers will be in full bloom and the weather will most likely be warm but mild. 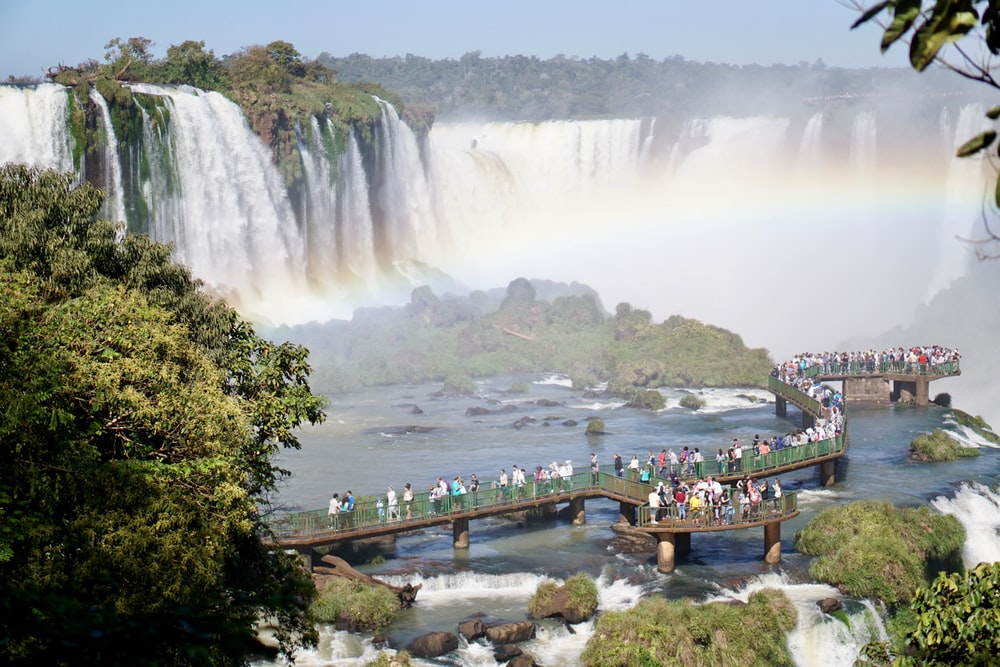 Much like the Niagara Falls, Iguazu Falls is a two-country landmark between the borders of Argentina and Brazil. Iguazu Falls is also considered the largest waterfall system in the whole world. Though Iguazu is only 269 feet (82 meters) tall, its curtain of water extends way over 5,000 ft (1,600 meters). The stretch of this fall is so long in fact that it’s reported that Eleanor Roosevelt commented “Poor Niagara!” Don’t believe her? Why not see it for yourself.

Whether you’re escaping the winter chill or running towards it, there’s always a place that will capture the holiday spirit of your year-end travel…