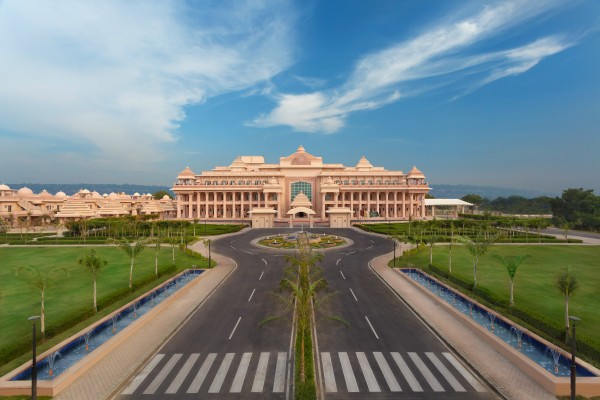 It all started with a royal welcome – and by royal I mean a red carpet (yes, no kidding) and four male Indian turbaned men awaiting my arrival at the all-suite luxury retreat ITC Grand Bharat Gurgaon. I was promptly ‘garlanded’ with a scarf, and warmly welcomed by the public relations manager, Nataliya Saxena. I was tired from my red eye flight and was more than happy to head to my room in the buggy quickly proffered to me, but not before noticing the sheer grandeur of the all-suite luxury retreat . 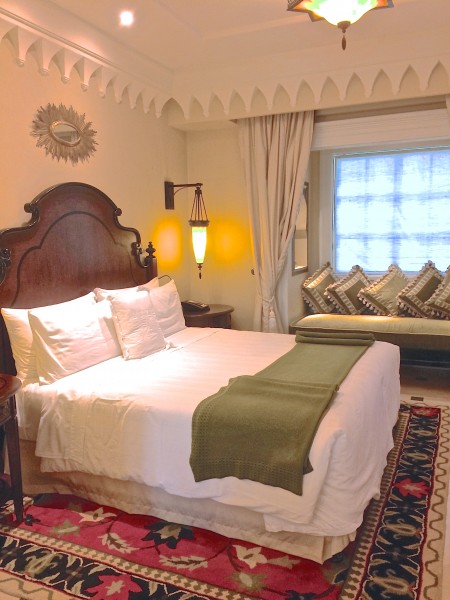 My room – the one with the semi-private pool. The bedroom opens up to a seating area – great for reading.

I hadn’t really noticed much about the room that I was in, other than it was very spacious, it supposedly had a pool and a bathtub and sleep amenities, which I took advantage of and squirted liberally on my pillow. It worked and I was out like a light for at least a few more blissful hours. 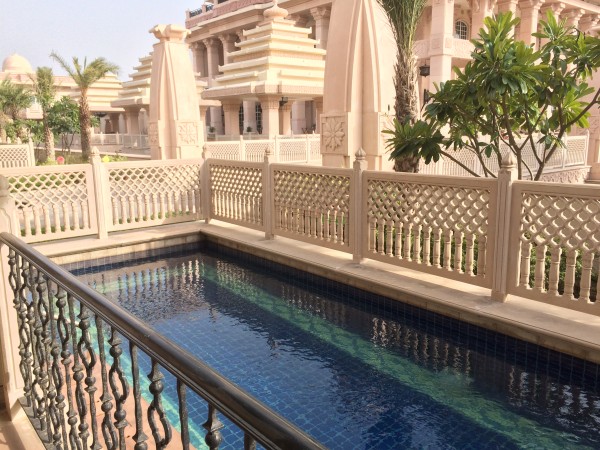 The gorgeous pool right outside my room

The retreat has 100 suites and 4 Presidential Villas. My Deluxe Suite with Semi-Private pool has a glorious cobalt blue pool right outside my room. It’s shared with the suite beside me – not that I minded, I never saw my neighbours during my stay. I loved the thoughtful amenities – there was a picture frame made out of chocolate with my picture in it; as well as a cheese plate and chocolates that I snacked on during my stay. 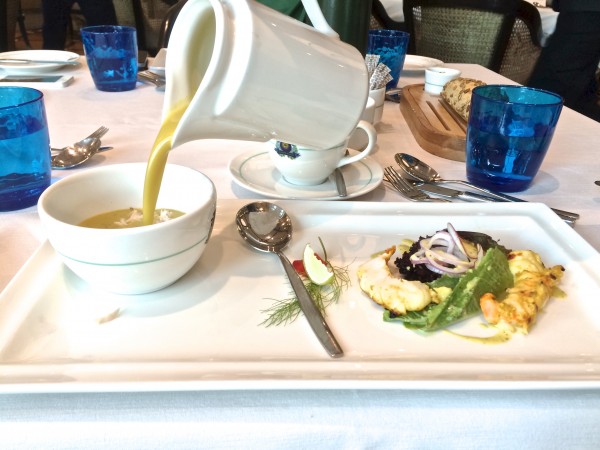 In the interest of full disclosure I was – and still am – not a fan of Indian food. The spices always seem to overwhelm me, leaving me either in a coughing fit or reaching for copious amounts of water. However, the first dish that I had in ITC Grand Bharat’s Aravali Pavilion, I realised my misconception. Each dish that I ate at any of the dining establishments at the retreat were painstakingly crafted just for me and my guest, who more often than not was the lovely Nataliya. I had my very own menu for each lunch and dinner, while breakfast was my choice. There were too many standout dishes to name, so I’ll start with the first dish, the Tandoori Jhinga (shrimp) with hints of cilantro and carom, perfectly paired with the Mulligatawny of India. 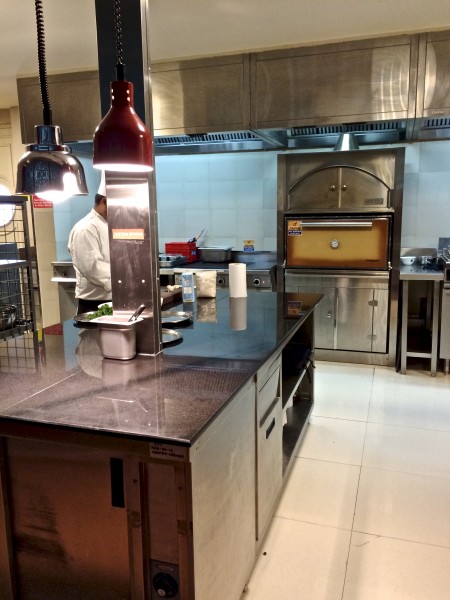 Behind the scenes – the restaurant’s kitchen for Cuisine Classica

You could also attempt to recreate these dishes with the help of Cuisine Classica, where the chef will take you through the steps to making some of the renowned dishes. Obviously, your mileage may vary. 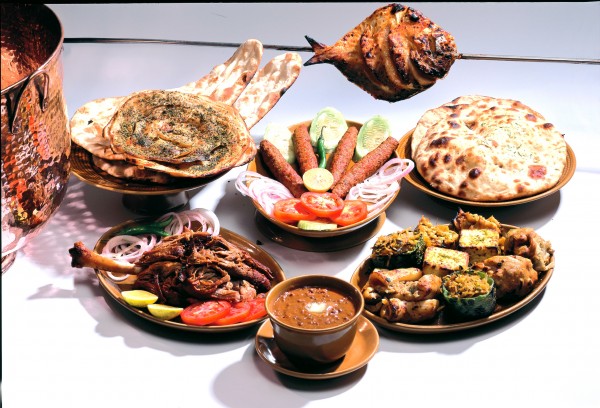 Just some of the food that I tried during my lunch at Bukhara.

Other signature, must-try dishes included the menu over at ITC Maurya, the sister business hotel in the heart of New Delhi and renowned for Dum Pukht and Bukhara. The latter has been visited by a range of emissaries proudly displayed within the restaurant itself, and includes Arnold Schwarzenegger who was a fan of the Naan Bukhara. 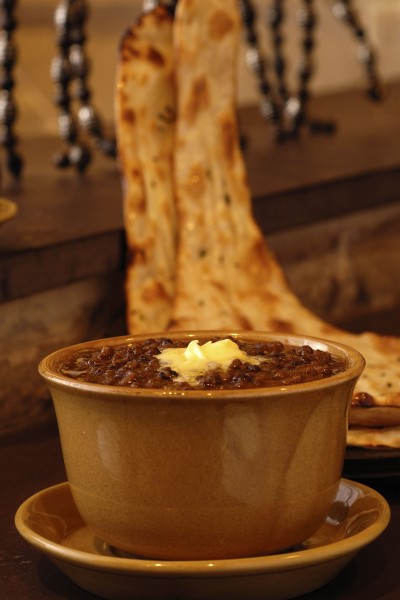 Signature dishes include the Dal Bukhara, a mix of black lentils cooked with tomatoes, ginger and garlic for over 18 hours.

We dined at Dum Pukht with the lovely Bindu Panicker, the General Manager of ITC Maurya, and had a taste of all its signature dishes, including the famous Dum Pukht briyani. It would seem these dishes in both ITC Grand Bharat and ITC Maurya were of great repute, since celebrity television chef David Rocco too wanted to learn how these dishes were made, and happened to be there at the same time I was. 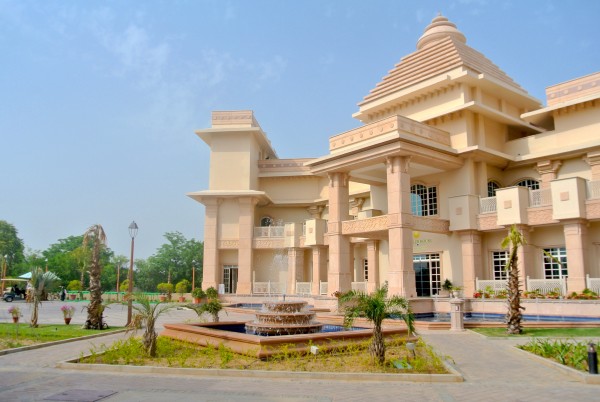 The golf club – the ITC Grand Bharat has a Jack Nicklaus golf course!

It was a short three-day (effectively, since I left the morning of the fourth day) trip in India, and aside from the one day that I spent in New Delhi, most of it was spent leisurely touring the hotel and its facilities. I’d recommend taking a bicycle ride around the property – just be careful if you’re vertically challenged like me since their seats are not adjustable – to see the golf course, the gardens and to really get a sense of just how vast the property is. 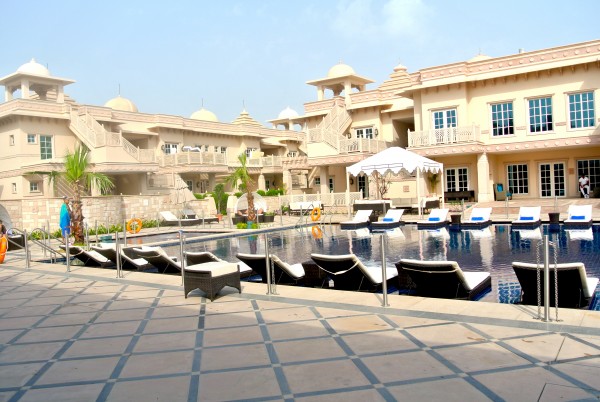 The pool at ITC Grand Bharat – we recommend you eat the barbecued food at Apas Promenade, right beside this pool.

There are a wide range of other activities including arranging for a private picnic on the hotel grounds, or engaging in activities like rock climbing, zorbing and rappelling.

In addition, if you’ve arrived after an uncomfortable attempt to sleep on your flight, the Kaya Kalp Royal Spa would be a welcome haven for you. Try an indulgent spa treatment to relieve any jet lag and muscle aches – it worked for me! Other facilities would also include a fitness centre for those more inclined to workout during their holiday or try a relaxing yoga class. 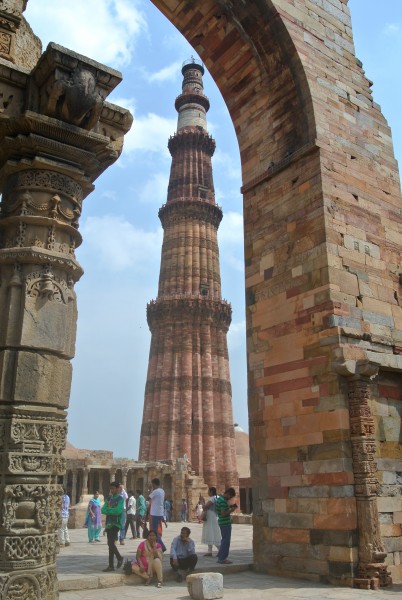 Before my arrival at ITC Grand Bharat, I had requested a tour around New Delhi to see the best of its sights. The hotel efficiently arranged for a tour guide to meet us at the locations – these included the world-renowned Humayun Tomb, the Presidential Palace, the Lotus Temple, the Qutub Minar and the India Gate, as well as the Khan Market and the Cottage Industries Emporium – the last of which we had to miss due to the long, hearty lunch that I had at the ITC Maurya. 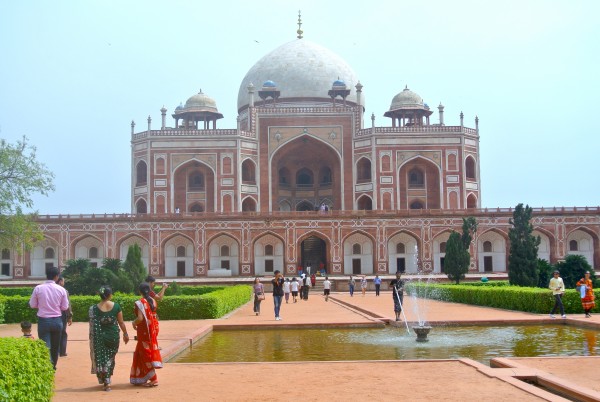 The Exterior of Humayun’s Tomb

What stood out for me was surely the Persian-influenced Humayun’s Tomb, which tells of a story of a devoted wife, Hamida Banu Begum, who built this tomb for the Mughal Emperor Humayun. It was truly amazing to see such a spectacle of Mughal architecture. 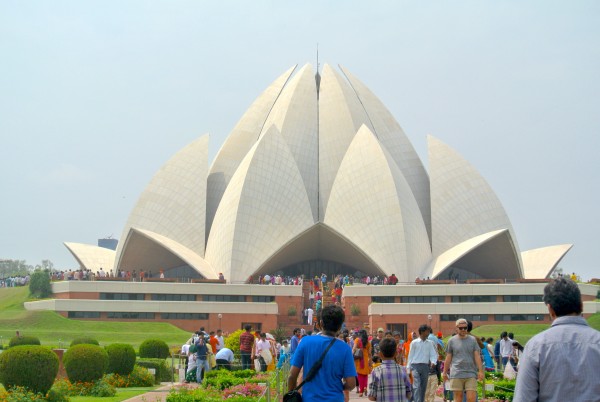 The Lotus Temple – yes, surrounded by locals and tourists alike.

I also liked the Lotus Temple – it was highly unique for me to see a building carefully shaped and moulded to form a huge lotus, as well as to learn about the minority religion behind this temple. 27 freestanding marble ‘petals’ are arranged in clusters of three to form the nine petals – the founder of the Baha’i scripture, Abdul Baha, believed it was essential for a house of worship to have a nine-sided circular shape. Its grounds, with large gardens, together with the lotus temple, really invoked a sense of peace within me (or it would have, if we were not surrounded by like-minded tourists). 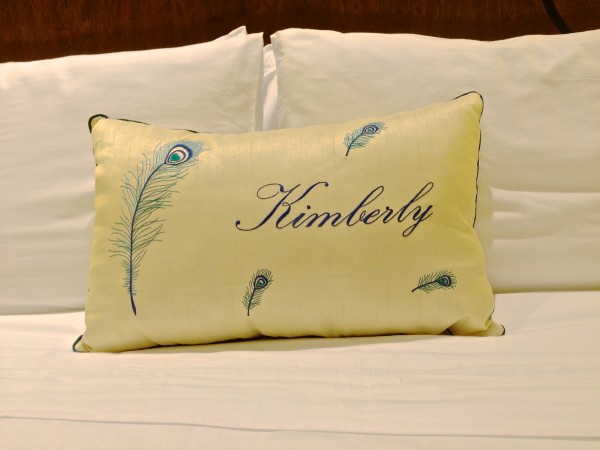 Just one of the many thoughtful mementoes I received from ITC Grand Bharat.

I really appreciated all the little details and effort into welcoming me as their guest. These included the sleep amenities, which comprised ear plugs, eye mask and scented aromatherapy, as well as an invitation to call their staff to request any foods or drinks to make dozing off that much quicker. I hadn’t bought much during my foray into New Delhi, but I left with many souvenirs, a pillow with my name embroidered on it, aprons from Bukhara and Cuisine Classica as well as a little knife that I had to check in and look upon with great affection.

*The writer of this piece, Kimberly Tan, is the managing editor of INSPIRE Travel magazine. While this was a sponsored trip, the opinions and views in this piece are entirely her own.