We spent our long Hari Raya weekend at Park Royal on Beach Road, which is located in the historical area of Kampong Glam. It was a blisteringly hot day, and we felt at ease when we entered as a lovely scent of Ginger Spice wafted up our noses. After checking in, we took the lift to our suite.

The Premier Room with Twin Beds

As an added security measure, the lift required all guests to swipe their guest card against a card reader before they could select the floor they would like to go to. This was a nice touch as guests would have their privacy ensured — up to a point. We stayed on one of the newly refurbished Premier Rooms on the second floor, and although we did not have a view of the city skyline, the room was spacious and the beds were comfortable enough to flop on. We loved the widescreen TV, and there was also desk space for us to do work. 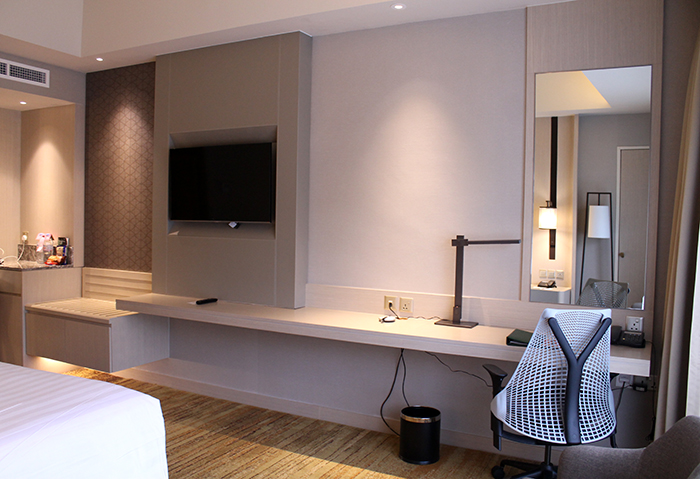 Soon, Michael, the Duty Manager, brought us to the Orchid Club Lounge. Furnished with warm brown hues, it was a quiet place in the hotel to to get away from the hustle and bustle that pervaded the city. The pantry area was stocked with tea, chocolate chip cookies, and almond squares, which made for delicious snacks. While we were there, we also saw that some guests used the lounge as a reading room for them to catch up on the latest news. 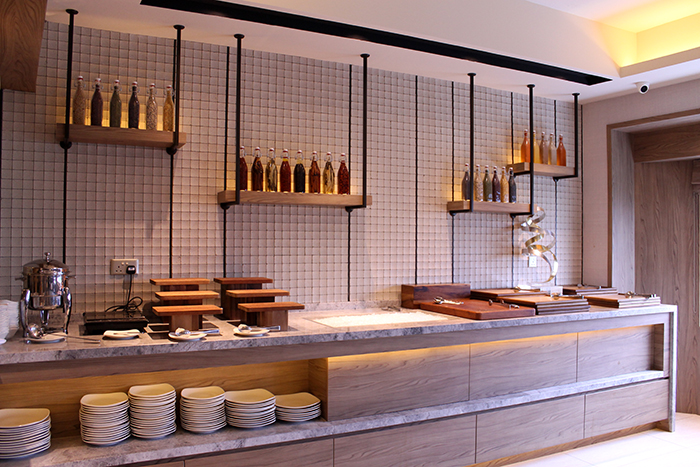 We did a short tour of the Orchid Club Deluxe Room and Orchid Club Premier Rooms — like our suite, they were both large, and the king-sized beds would certainly be comfy to sleep in. We had reservations about the shower — there was a window that could expose the person showering, and although we were slightly uncomfortable with that, we realised we could draw the blinds. 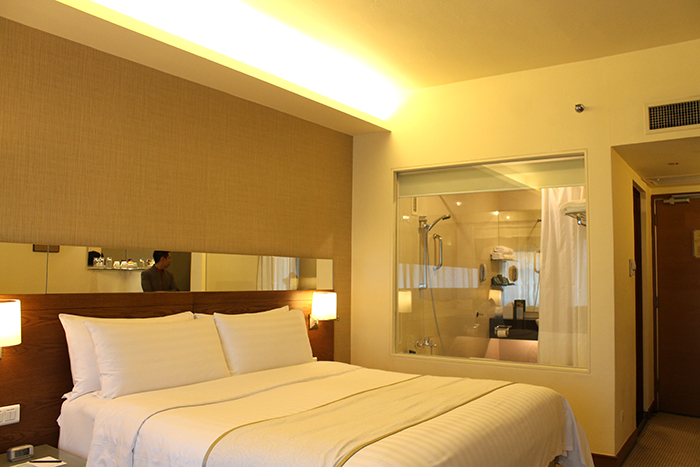 It’s still a nice room, though.

What impressed us the most, was the Bridal Suite — accented with a chandelier, it is a paradise for two. There is a grand living area, a kitchen, and two bathrooms. 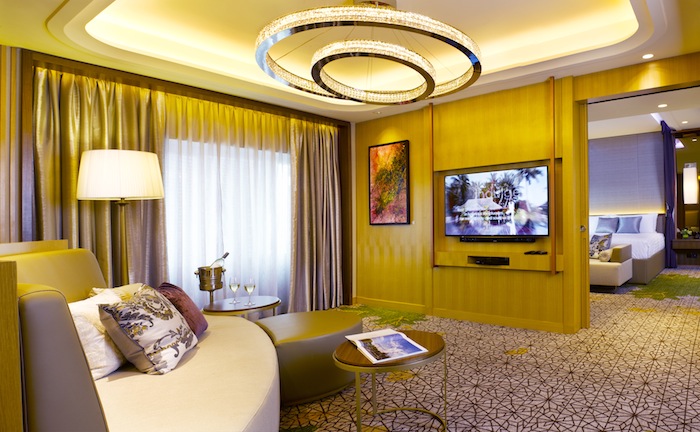 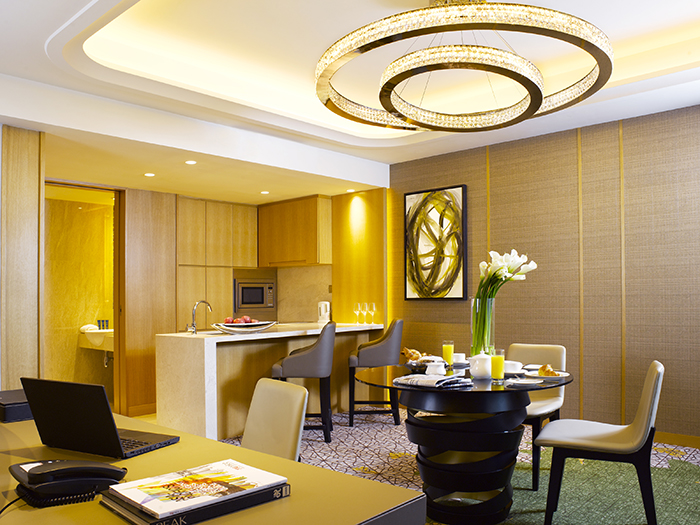 Although there are only three suites with a view of the city skyline, the restaurant, Plaza Brasserie, more than made up for it with breakfast. It was clear that the staff wanted to make it as international as possible, with lots of fruits, cereal, scrambled eggs, and even a wide variety of cheeses — brie, gouda and blue cheese? Yum! There was Asian cuisine as well, but I was too distracted by the bacon, the types of bread, and the sushi — yes, they even went all out to serve the latter.

Another restaurant that we felt deserved a mention was Si Chuan Dou Hua. We had two coupons for a cup of tea in their Tian Fu Tea Room. Sitting amongst the Chinese decor made us feel like we were in a museum as there were many artefacts on display , as well as a set of calligraphy tools. It was a cultural experience being in the restaurant itself.

Verdict: We could tell that everything in the hotel was tailored to perfection, and we marvelled at the flawless standards of service that were given to each and every guest. We recommend asking for the rooms with the best city views if you are spending SG50 here.

Best For: Holding a large wedding or honeymoon? This is the hotel for you. Its 130 refurbished guest rooms can accommodate friends and loved ones. If the wedding party is even bigger, choose from the hotel’s 340+ guest rooms.

It all started with a royal welcome – and by royal I mean a red carpet (yes, no kidding) and four male Indian turbaned…