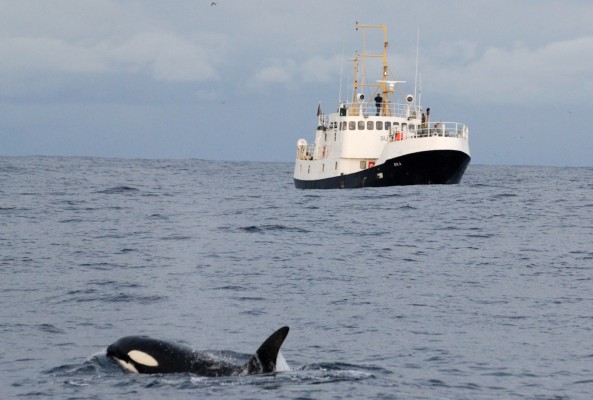 THE ITINERARY: This month, large amounts of herring can be found on the northwest coast of Norway, which in turn attracts up to 60 killer whales.Where possible, guests can dive with them. The six-day liveaboard journey with Stromshølmen on the 91ft cutter M/S Sula, will bring compressors, tanks and weights sufficient for 12 guests. The trip might include a biology course (in the fourth week in 2015 and the third in 2016) by the marine zoologist Dott. Alessandro De Maddalena.

SLEEP: Guests will sleep in bunk beds onboard the cutter, with an ensuite bathroom attached.

SPLURGE: Prices are upon request. 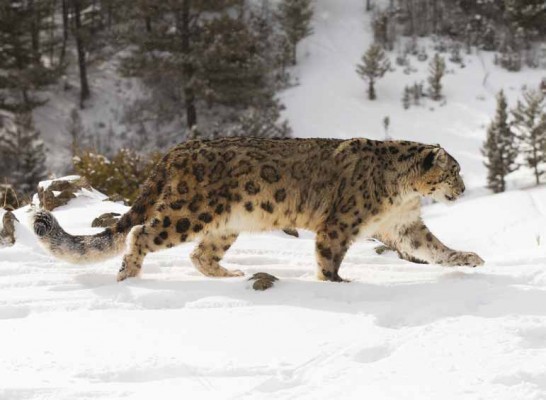 THE ITINERARY: Have a glimpse of the endangered and elusive snow leopard, with a smoky gray to yellowish tan base colour and pale green or grey eyes, marked with grey to black open rosettes on its body. Find them in the depths of the Hemis National Park in Ladakh, India with Gane and Marshall. The trek, great for serious climbers, begins on day five, leading from Phe to the entrance of the Rumbak Gorge and the expert wildlife guide will take you around the Hemis National Park. Winter months such as February and March force the snow leopard to seek refuge in lower altitudes. 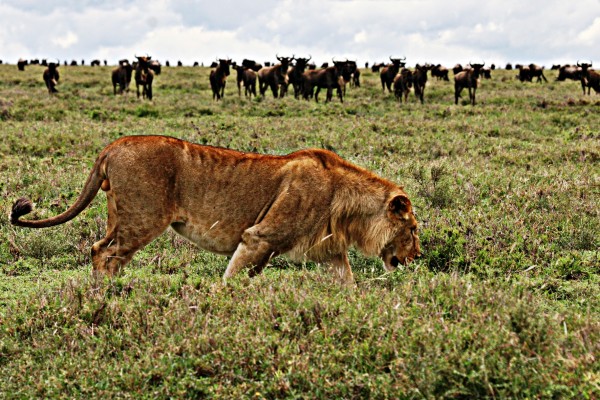 THE ITINERARY: Traverse through the Lake Manyara, Serengeti plains and the Ngorongoro Crater for glimpses of the African lion, reputed for its sheer numbers of the species. The eight-day itinerary from Tanzania Wildlife Safaris, which can be personalised, will include four of the five northern circuit’s national parks and other areas for their lion sightings and even witnessing them agilely climbing trees.

SLEEP: Tanzania Wildlife Safaris offers three accommodations, with the most opulent being the luxury lodges such as the Ngorongoro Serena Safari Lodge with rock-built rooms and panoramic private balconies. 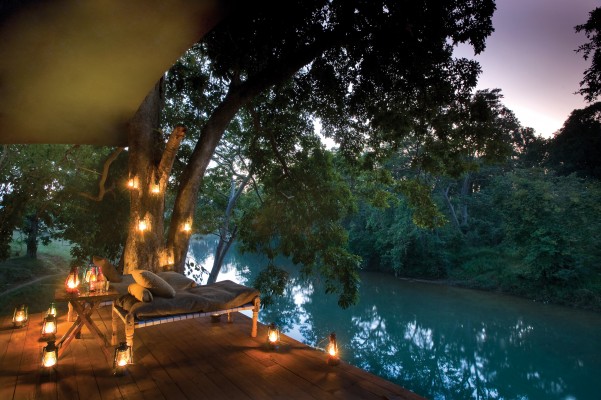 THE ITINERARY: Visit some of the endangered tigers (just 1,500 to 2,000 are in the wild) with the 12-day Tigers and Mystics Romance package from andBeyond in their protected sanctuaries. The Kanha National Park and Bandhavgarh National Park are two of the first areas conserved under Project Tiger, adorned with lush sal and bamboo forests, grassy meadows and the Banjaar River to the southwest.

SLEEP: Stay in the Banjaar Tola Tented Camp overlooking one of India’s largest reserves, the Kanha National Park, in just one of 18 lightweight tented suites. 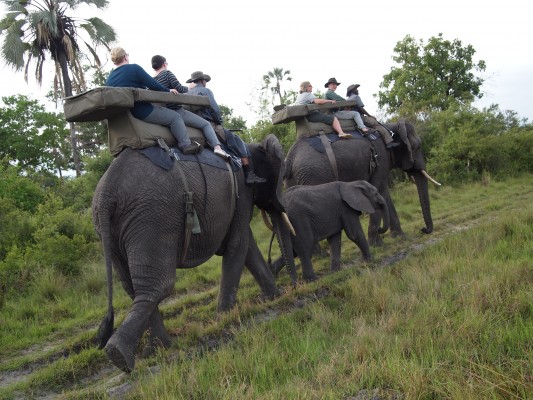 THE ITINERARY: Ride on the back of a trained elephant in the desert land Botswana through the otherwise inaccessible parts of the Okavango Delta with a 10-day safari privately guided by Mike Lorentz from Journeys by Design. The itinerary would also include participating in their mud baths, training, veterinary care and conservation discussions at Abu Camp.

SLEEP: Sleep under the stars on a large double Star Bed raised high above the canopy.

THE ITINERARY: Swim with the sharks without a cage. Shark Diver offers just six guests a chance to board the 65ft long range dive vessel M/V Kate. Divers would have several opportunities in the amazingly clear azure and turquoise waters to spot about one to five sharks, including Tiger, Lemon and Bull sharks. If extremely fortuitous, divers might encounter a hammerhead shark. Shark Diver has provided the crews, cages and dive teams for the Shark Week show featuring the MythBusters.

SLEEP: Onboard M/V Kate are two double and eight single beds. The dive vessel also has an entertainment centre.

ADDITIONAL RECREATION: The dive sites will also include The Mountains, a 60 to 90ft dive where turtles, flying fish and rays abound.

SPLURGE: The price for the seven-day itinerary will cost about US$3,300. 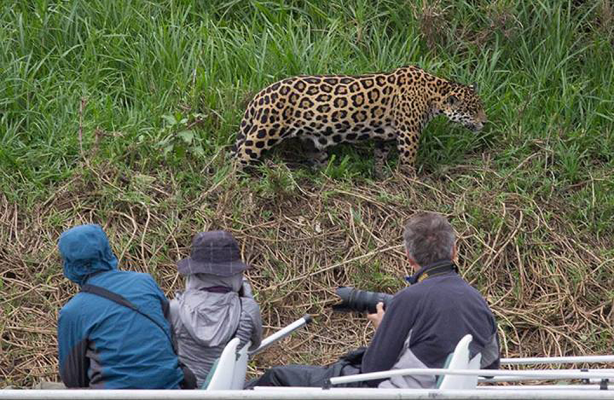 THE ITINERARY: Follow in the footsteps of renowned photographer Joe McDonald, and travel on a private tour with Arcana Mundi Expeditions to the Jaguar Research Center Reserve, where he was able to capture a courting pair of jaguar lovers’ spat, winning him the title of the Nature Photographer of the Year in 2013. The jaguars are best spotted via nine 4h boat rides over five days.

SLEEP: Stay in a 30sqm Jaguar Suite at the Jaguar Flotel, a floating hotel anchored strategically in the best area to spot the cats. The Suites have a
picture window over the Piquiri River in the 270,000ac Meeting of the Waters State Park.

SPLURGE: The seven-day private tour will cost about US$6,400 per person. 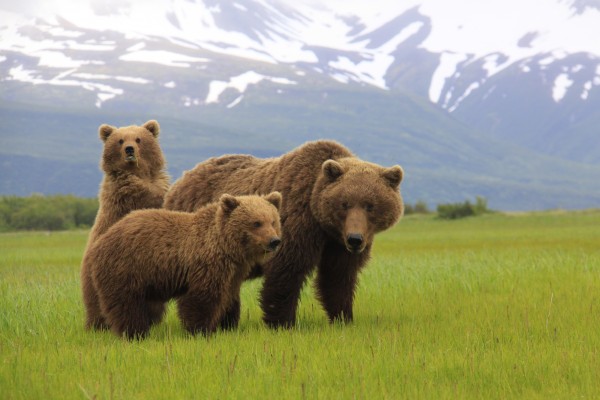 THE ITINERARY: Drawn to the streams as they’re teeming with salmon, fortunate guests might be able to watch as a grizzly captures salmon in midair. The Alaska grizzlies or Kodiak brown bears are the largest subspecies of brown bears in the world and in Katmai National Park. Travellers are generally guaranteed to spot them on tours with Natural World Safaris. The eight-day tour generally accepts small groups of six.

SLEEP: Onboard the Grizzly Cruiser which explores the Hallo Bay shores and has just three cabins.

ADDITIONAL RECREATION: Detours might include exploring the Alaskan wilderness or sailing away on a boat safari. 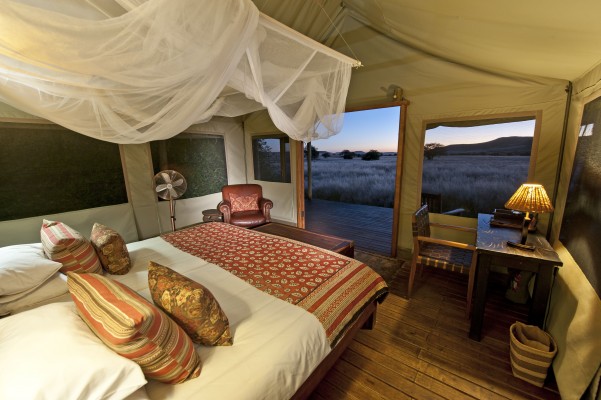 SLEEP: Stay in the luxurious semi-permanent tented camp with ensuite bathrooms such as the one at Desert Rhino Camp.

ADDITIONAL RECREATION: Visit the Africat Foundation in Okonjima, the centre for examination and rehabilitation of Africa’s leopards and cheetahs. 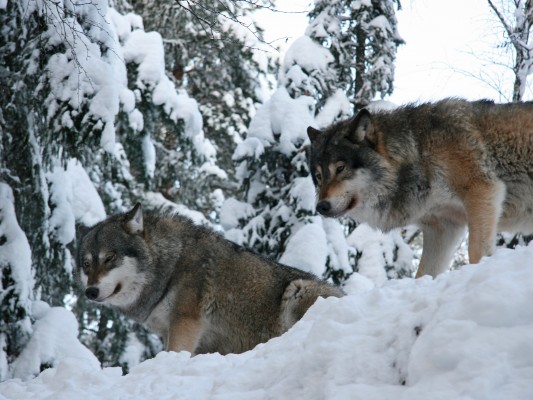 THE ITINERARY: Travel with the guides from Wild Sweden and witness a unique sensory experience – a 70 to 80 per cent chance of listening to a pack of mysterious wolves howling in their natural habitat.

ADDITIONAL RECREATION: These tours, run together with researchers from the Scandinavian Wolf Project at Grimsö Wildlife Research station, will also include an exclusive lecture on wolves by these experts. Extend your stay with a four-night Kolarbyn Ecolodge Wildlife Adventure and Wolf Howling.

SPLURGE: About US$714 per person for the two-night adventure. 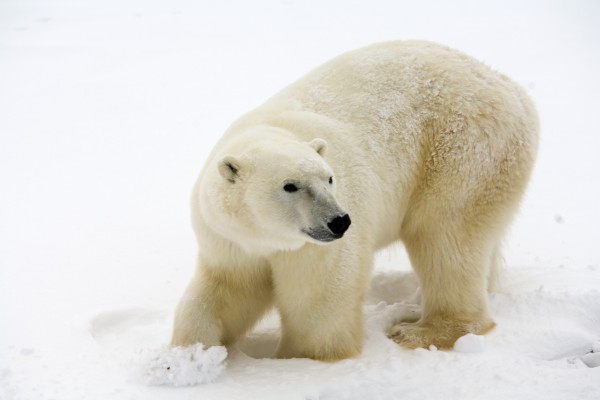 THE ITINERARY: The seven-day Tundra Lodge Photography Expedition with Natural Habitat includes stops at Churchill, Tundra, and Winnipeg in Manitoba, Canada. About 300 polar bears will gather around the Tundra Lodge in Churchill in anticipation of the seal-hunting season. Photograph them in the early morning and late afternoon. Travel the Wildlife Management Area with Natural Habitat – the world’s first carbon-neutral travel company, one of only two operations to have permits for the area.

SLEEP: The Tundra Lodge, which has just 32 rooms, similar to a train’s sleeping quarters.

SPLURGE: The seven-day expedition will cost about US$8,895. 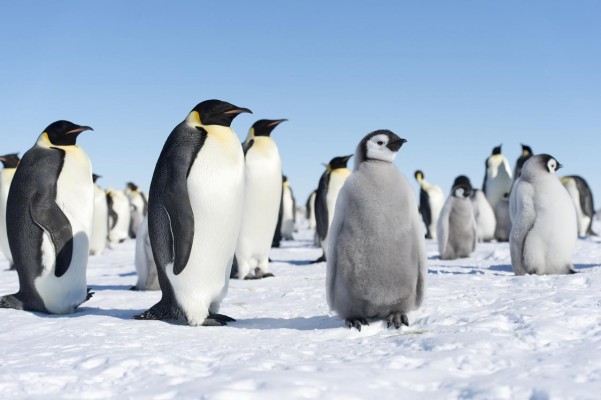 THE ITINERARY: Witness some of the largest penguin colonies here, with up to 80,000 emperor penguin pairs. Observing their behaviour might be entertainment enough, including their rookery building prowess. Travel with guides from Lindblad Expeditions and National Geographic across Antarctica, South Georgia and the Falklands for an unforgettable 24-day trip.

SLEEP: Choose the suites with expansive windows and balconies and abundant storage options for your expedition gear.

ADDITIONAL RECREATION: Stop by the mysterious Easter Island (about US$3,390 for two to four days) on your way back.

This post first appeared on our sister site, Inspire Travel.

If you have always wanted to be a photographer for the National Geographic, here’s a little bit of inspiration for you. David Doubilet‘s awesome…