This new year, head over to 5 of the most beautiful places to visit in the land of smiles.

01 KHAO SOK NATIONAL PARK
Khao Sok National Park is a lush lowland jungle, filled with mountains, caves, waterfalls, and a unique array of wildlife. Stretching over 249 square miles, Khao Sok National Park is believed to be more than 160 million years old. A network of dirt trails winds through the park, allowing visitors to walk beyond tangled vines and rocky limestone cliffs in search for wildlife. The park is home to macaques, guar, and the famous Malaysian sun bears, as well as over 200 bird species. If you’re lucky, you might even get a glimpse of wild elephants, tigers or even leopards.

02 PHANOM RUNG
Phanom Rung is a gorgeous Khmer temple set on the summit of a dormant volcano. Built between the 11th and 13th centuries, the temple is considered to have been an early model for Cambodia’s Angkor Wat. Located in line with Angkor and Phimai, Phanom Rung was used as a resting point for pilgrims going to other temples. Towering 656 meters, the temple is the largest Khmer monument in Thailand. The complex faces east, with the sun shining directly through its 15 sanctuary doorways four times throughout the year. Make sure you check out the detailed carvings decorating its central tower. 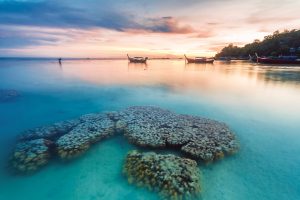 03 KOH LIPE
Koh Lipe is one of Thailand’s many tropical fantasy islands, engulfed by shimmering white sands and surrounded by clear waters that are home to abundant marine life. Barely known to tourists before the 1990s, Koh Lipe has seen rapidly developing in recent years, but still remains largely untouched compared to neighboring Phuket and Koh Phi Phi. With new hotels and restaurants opening constantly, it’s definitely an island worth visiting. Only accessible by boat, the island’s vast beaches are divided by low hills of a verdant jungle. 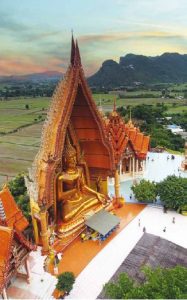 04 KANCHANABURI
Best-known for its war history, modern Kanchanaburi town is a laid-back riverside retreat surrounded by lush green mountains and fertile sugarcane fields. Many guesthouses are built alongside or floating on the famous River Kwai, perfect for laying back while watching the sunset. The surrounding province of the same name spans seven national parks, making the town an excellent base for trekking into Thailand’s pristine wilderness. It’s easy to arrange treks going to waterfalls, lakes, caves and other natural sites. 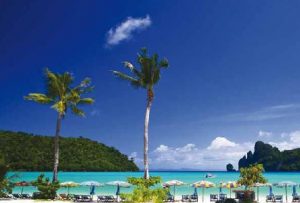 Photographer Sam Scholes went to the man-made ice caves, or “ice catles” of Utah. These “castles” were created by Brent Christensen when he moved from…